So part of Sunday I spent soldering together a bunch of those TEC1-12706 peltier devices. 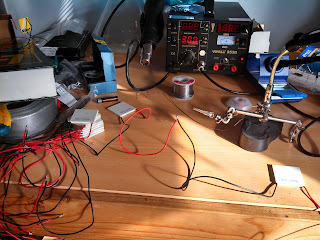 And then for lack of a better idea I duct taped them to the thermal blanket and put them on the radiator. 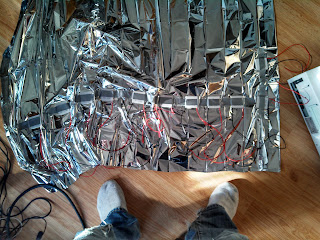 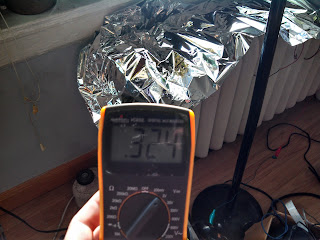 I was able to measure 0.324V from 12 of these devices, haha. I really need a way to dissipate the heat.

Oh yeah, my new goal is to not drink so much on Friday so I can do more work on Saturdays. Going to be hard though because drinking is soooo fun! Dahhh.

I also signed up for the DARPA spectrum challenge. I don't know if I will do it but I signed up. They are super sketchy about the details. They sent me an email

haha. Whatever that means.