Copying Your Brain Won't Save You From Death 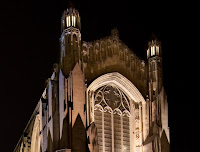 I was crouched down in the rubble of what used to be part of the University of Chicago. The age of the building provided a wealth of protection in it's brick and mortar exterior. If only architects in the past fucking knew that their creations would now only be useful for protection against lasers used by aliens bent on human destruction maybe they wouldn't have used so much paper thin glass.

No one had been responding on the communicator for a few days now but the network connection in my heads up display showed full signal so I imagine everyone else must be dead. Fortunately their brains were probably just downloaded into a new body at one of those secret underground layers one of the rich silicon valley mother fuckers created. Hopefully mine would be also if I was killed. Though I have never been killed before so I don't know? I always kind of mistrusted the idea that "I" would still have consciousness if my brain was transferred to a computer or another body.

Before the attack on Earth I was in Data analysis, BIG Data. They said it was the next BIG thing and it was. Big Data analysis helped us discover the interstellar ships heading towards Earth. Some people didn't believe it, I did and started to learn to use a weapon immediately. I figured the worst case scenario I could impress my friends with my new-found weapons handling skills.

Rubble, Chicago... I am starting to fall asleep, barely slept in the past week, just been trying to avoid enemy confrontation and death. Death, oh yeah. Why avoid death if my consciousness can just be downloaded, just like copying the memory from one computer program to another. But wait, then there are two programs, each one with individual consciousness. If the electrical signal and proteins in our brains are what gives us consciousness, copying that won't keep us alive it will just create a whole new person that is identical to us in thought patterns and knowledge and life experiences. It won't be me, it will just be a copy of me. Shit, short of removing my intact brain and transferring it to a new body a brain download won't really save me, will it? Have they been just using this as a way to inspire people to fight? Fuck, Ass.

Wait, maybe I am just tired and delirious. I need to get out of this place, find somewhere to rest.

Fuck, an explosion just happened on the other side of the pile of rubble.

Shit, fuck. Should I fight or run?

Fuck it, why not do both?

I remember dying, and then waking up, here. I remember me wondering if this "me" would be the same person as old "me"? I have the same memories, same thoughts, same ideas but that old me, that other me, was a program just like me, a human program. Computer programs run and end and die and go into the ether. Are human beings much different? Copying a computer program or restarting it makes it a different instance of the program not the same one. No matter how much I think I am the old "me" I am really just a copy, a different instance, a copy. I wonder what old me was like?

I read alot of Science Fiction and brain copying is a common technique used to allow people in the stories to die but be reborn. The problem is that copying the brain wouldn't theoretically allow one to live on after their death, it would only be a copy of you. However, maybe by keeping a consciousness connected to the new consciousness then you would continue to live on. This would require much more then just a storage medium for memories, it would require an artificial brain at both the upload and source locations.

This is still not a crazy idea. We can already use microelectrode implants in the brain or even just basic EEG to control a prosthetic. The algorithms and electronics that control these actions become a simplistic yet real part of the brain. But, without the brain that part is nothing. In effect, the goal of consciousness networking is to slowly(or perhaps even quickly) replace brain portions so the consciousness is never separated from the "brain". If the consciousness is ever separated is it still you or just a copy? I believe it is just a copy.

Once the consciousness is separated from the "brain" it loses what makes it you.

That Time I Drove a Martian Rover Through a Dust Storm.... in a simulation 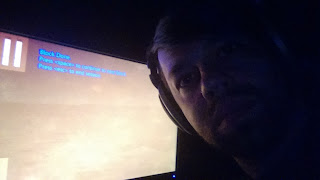 There I was telerobotically operating a Martian Rover. Through the camera I could indistinctly see the Martian landscape, it was obscured by a massive dust storm taking place. With a max speed of ~0.2 km/h, I was slow and steady but using my joystick I eventually was able to navigate the rover to Valentina, an astronaut waiting for it to arrive. Wheew, that was tough! Despite the poor visibility I was able to find Valentina through a distinct sound providing a sort of 3D acoustic locator. I spent the next two hours attempting to locate Neil, Valentina, The Spirit Rover, Wall-E the Rover and the Martian base through a combination of both visual and auditory cues. This simulation was part of an experiment at NASA Ames, where I work, to test navigational displays.

In the experiment I played the role of an astronaut telerobotically operating a Martian Rover. I drove the rover around Mars on a set path and at certain points in time I was asked the location of an object, "Is Valentina to your left or right?". Using a 2D map that showed the location of everything and.or sound (with a map and no sound, with sound and no map, with a map and sound) I was supposed to identify in a matter of seconds where different things were located. There was more, the rover had 4 gauges, CO2, O2, H2O and Batt, these needed to be reset randomly and periodically.


To start it was overwhelmingly complicated, Valentina's sound was a foot stomping, Neil was a foot crunching on gravel(or regolith for the space nerds), Spirit was a engine revving, Wall-E was an old engine knocking and the Base was a waterfall. Depending on their location in 3D space determined how loud you heard the sounds(distance) and also in which headphone, right or left, you heard the sound(direction). So there I am navigating this course, resetting the gauges and attempting to keep clear what direction everything was located in!

Initially I thought the task was so difficult that I would be making lots of errors. After a bit of training though I was crushing it. I figured out that I didn't need to know where everything was at one time just half of where everything was. For instance, if I knew Neil and Spirit were to my right, that means that Valentina, Wall-E and the Base were to my left. The sounds added alot, I could take my eyes off the 2D map and focus on the gauges or driving and use the sounds temporarily when I needed to.

I felt that the simulation with only a 2D Map was the most difficult because it required my eyes to be doing 3 things simultaneously, the gauges, the driving and the location of everything. I would often mix up the right and left directions because I would lose focus of one task. It's an interesting question I wish to explore.research, how many tasks can a human hold in their focus at one time? Can we train ourselves to do more?(that's going in the ideas document)

The amount of focus required by me was immense, white knuckle style, gripping the joystick tight. In the next few weeks I will participate in another experiment that involves docking in outer space.

You're just jealous. I can see it.