Does Heating Antibiotics Destroy Them? No

Whether antibiotics are destroyed by heating is probably inconsequential to most people. However, I see scientists and biohackers talk about it way more than you would expect.

In genetic engineering when scientists modify bacteria or yeast they use antibiotic selection. This means that they give the genetically modified bacteria and yeast antibiotic resistance because it makes it easier to tell which were engineered. Organisms that survive the antibiotics were most likely engineered. This is not always the case, contamination, escapers and natural mutations can give false positives. People doing genetic engineering for their first time experience these issues much more than a seasoned experimenter and so it is important to know what to blame so you can get the experiment correct.


Media is the term used to describe food organisms eat to survive. It basically contains sugars, nitrogen and other macro and micro nutrients. Generally, media is heated to sterilize it, you don't want random bacteria to grow in your media and ruin your experiment.

In a professional lab environment many scientists will use an autoclave which heats to 121C and 15 PSI. While people doing experiments in a more modest setting will use a microwave or an oven which can only go to ~100C before the liquid boils over. In most cases 100C is sufficient to sterilize media. In fact, in many cases not heating and just adding antibiotics is more than enough to sterilize media over the course of a 2-3 day experiment.

Because I am lazy and always try and do things different than the establishment I started adding antibiotics to my media before it cooled a long time ago and have rarely or never had problems.

I never did a head to head experiment though. I never compared some heated media to non-heated media to media without antibiotics. So I decided to give it a go.

The length of time each antibiotic was at >90C was 5 minutes. The media was allowed to cool at room temperature so the agar plates could solidify. 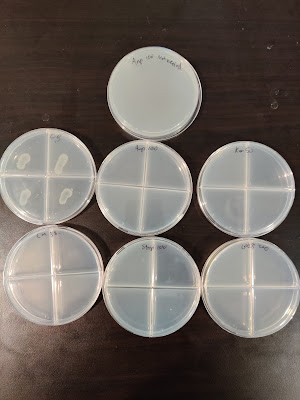 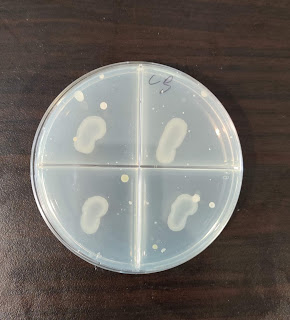 The antibiotics seem to be working fine.

If you don't believe me try the experiment yourself. It is fairly easy to perform.

Caveats
I am not saying "no portion of the antibiotics in the media were destroyed". What I am saying is that it is safe to heat antibiotics and still have enough of them leftover to prevent standard lab bacteria and contaminating bacteria from growing, which is their purpose in this case.

I am not saying this method is the way everyone should make their media. What I am saying is that if you do heat your media with antibiotics in it you are ok and it won't ruin your experiment.