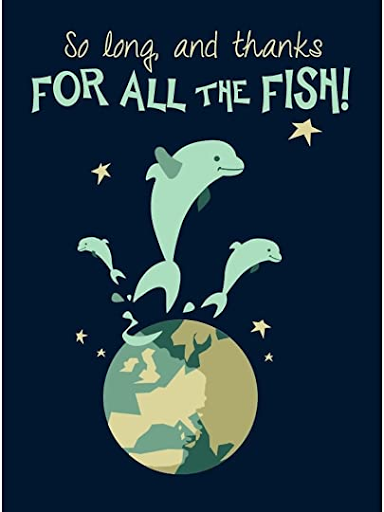 Today, the Nobel Prize was awarded for “genome editing” to Emmanuelle Charpentier and Jennifer Doudna. Essentially this was the CRISPR Nobel Prize. If enough of CRISPR has already come so that it is worthy of a Nobel Prize I can’t imagine there is much place to go from here.

Modifying the genome of organisms has always been of great interest to scientists. Adding or removing genes allows us to understand how things work and allows us to create microorganisms, plants or animals(humans are animals right?) that have traits never seen before. Knowingly modifying the genome of organisms has been done since people understood breeding. Inserting specific DNA elements began in the 1970s but it wasn’t very targeted and was mostly just inserting genes into random places in genomes. It wasn’t until the 1990s that people started to be able to do targeted genome modifications.

Targeted genome modifications allow highly specific and accurate changes to an organism’s DNA. The co-opting of the cellular mechanism of homologous recombination is the backbone of all modern genome editing technologies including Zinc Finger Nucleases(ZFNs), Transcription activator-like effector nuclease(TALENs) and Clustered regularly Interspaced Short Palindromic Repeats(CRISPR). Both ZFNs and TALENs are mostly synthetic, i.e. they contain a portion that can be engineered to target DNA and a synthetically attached nuclease that will cleave DNA to initiate recombination and gene editing. CRISPR is almost completely natural which makes one wonder how there are so many patents on it’s use, yikes.

CRISPR can modify most any living cell but so can ZFNs, TALENs and other technologies. So why then was CRISPR heralded as the discovery of the century by the MIT Tech Review? Simply, CRISPR is just easier to use because it uses nucleic acid targeting. That makes it cost less and take less time to produce genetic modifications.

So what has CRISPR made possible? Not much really. Most everything done with CRISPR can be done with one of these other technologies albeit these others are slower and more expensive. CRISPR allows the scaling of genetic engineering so that time and money are much less of a factor. It is the cloud computing of biology at least in my mind.

Despite claims by scientists and pharma companies there is little chance CRISPR will ever be widely used in the clinic to directly treat disease. That is because it suffers from all the same faults as its predecessors and maybe even more so. Gene editing has low efficiency in adult animals(yes humans are animals) no matter the technique used. For instance, if you have a disease that affects the brain you can probably only modify <1% of cells even using the best delivery techniques available. Really, the only way to get rid of genetically inherited diseases using gene editing is by modifying embryos.

Misleading as it has been CRISPR can’t actually make specific changes to a gene easily in an adult animal. That is because it requires what is called a donor template, basically just a DNA template that cells can use to create the genome modifications. There is no efficient way to use donor templates in an adult animal so all genome edits would need to be gene knock-outs only i.e. you can only use CRISPR to destroy bad genes not modify them to make them good genes. As you can imagine this is very limited in scope when it comes to diseases that can and should be reasonably targeted using genome editing.

To date all human clinical trials involve gene editing technology whether CRISPR or otherwise have failed to show any change in the disease condition. I don’t see this as likely to change. While there might be a disease that can be helped despite the low efficiency of CRISPR chances are that normal gene therapy, that doesn’t edit the genome, will be easier and more successful. There are very few diseases that would require genome editing as opposed to just adding an extra copy of the gene to cells like gene therapy does. It’s not all just conjecture either, just recently in August 2020 the pharma giant Abbvie ended a partnership it had with Editas, one of the major CRISPR players. Apparently, I’m not the only one who sees CRISPR's future in the clinic as limited.

So what applications are left for CRISPR besides contributing to research? Some people are betting on diagnostics, using CRISPR’s ability to target specific sequences of DNA. While this seems reasonable it is unlikely that tried and true methods for DNA detection that use PCR will ever be significantly deplatformed. After that we are scraping the bottom of the bowl of guac.

I have been around CRISPR since near the beginning. The only thing that has remained constant is the hype. Even that has been fading. While it is hard to measure hype Google Trends indicates that for 2020 the topic and search term CRISPR is on track to be the lowest searched since 2016. We now know that CRISPR gene drives don’t really work. No success for CRISPR in the clinic. CRISPR has already been used to edit human embryos. Really, the only thing keeping CRISPR hype alive is probably the MIT Tech Review.

In 2006, RNAi gene silencing was given the Nobel Prize. MIT called it the breakthrough of the decade. I remember everyone being so excited about it! It was the hot topic at conferences and even my graduate school interviews. While RNAi was and always has been a great benefit to researchers its actual application has been extremely limited. It’s taken 13 years from the RNAi Nobel Prize to bring something to the clinic and even then the two drugs have been a bit underwhelming. According to Google Scholar, papers even mentioning RNAi have been on the decline for the past 6 years. The drug approved in the past few years haven't even slowed the decline.

I am sure people will continue to use CRISPR for years to come but I hate to break it to you CRISPR is dead.