Drug Deals of the Future

I received a text message

I totally forgot Nico was stopping by but no big deal. I had plenty. I just need to find my digital scale to weigh it out. Well, actually, I can't find my scale. I guess I will just give him what we agree is appropriate.

Nico arrives and he comes into the apartment James Baxter is laying around, the best cat ever. As you can tell James is wary of drug deals. 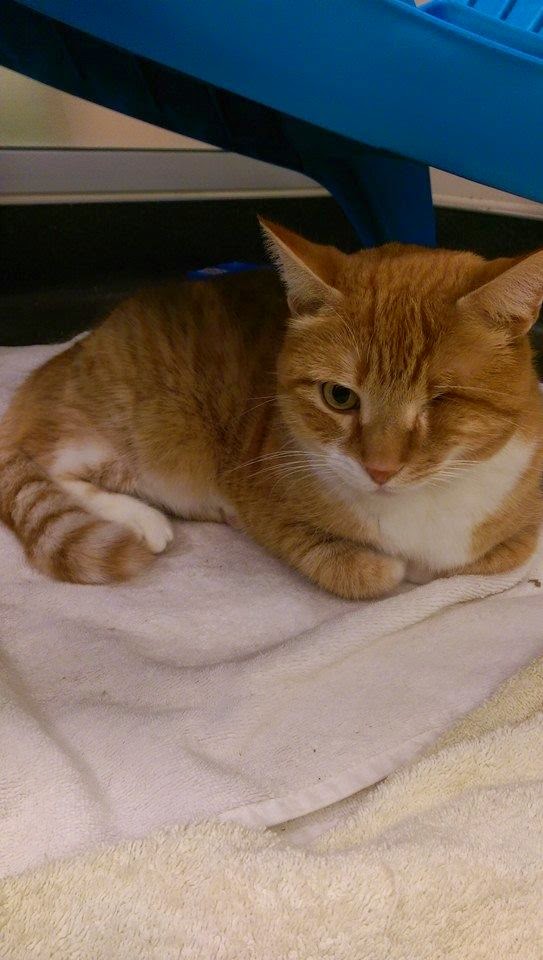 I open up the freezer and pull out a little plastic baggy with white powder in it and a small plastic bottle. I tell Nico that I haven't tested the new stuff yet(in the bottle) and I don't think there is quite a gram in the plastic bag so I give him the old stuff in the plastic bag and dump a little bit of the new stuff into a container and give it to him. He goes to pull out some cash and I tell him not to worry about it. We exchange a few pleasantries and then Nico leaves.

I never said I was good at being a drug dealer. I give too much away for free.

Ohhhhh, you must be confused. That white powder wasn't cocaine or another elicit substance it was actually Kanamycin, an antibiotic drug that Nico was using to select for genetically engineered organisms he has been working on creating at Biocurious.

The other evening, one Patrik D'haeseleer, came and picked up some Science supplies at my apartment on his way home from work. I dropped some stuff off for Antonio Lamb earlier this week.


It is such a cool and weird world we live in that things like this are occurring. I enjoy being a part of this because of the surrealistic situations it puts me in (well, also, I am inspired by people's passions for doing Science and want to help).

I always wanted to be a drug kingpin(jk jk lol). I mean I always to be a Science kingpin. Doing Science everyday.

I was talking to a Ph.D. Scientist recently and they brought up something I hear often, "I don't think that these Biohackers will ever accomplish much.". I think people say that because they are short-sighted. Instead of thinking of a future where "drugs deals" go down for Kanamycin to genetic engineer OR maybe even deals that are for an awesome strain of bacteria or plants that you just engineered, people think of what they have experienced.

I say stop that. Start thinking beyond your experiences and not what has happened to you but what can and will happen in the future. Don't expect it to be there tomorrow or a week or a year or ten years from now. Maybe fifteen years though. I'll be honest I would be restless by twenty. However, every investment you make, I make, has the potential to be a catalyst. I was talking to someone the other day and telling her how sometimes we need to put ourselves out there. Our weird and crazy thoughts and ideas. Because these could be a catalyst for someone's enjoyment or an inspiration for our future. Well, do it and maybe you will be slinging some Kanamycin one day.

Disclaimer: No drugs were taken during the events that occur in this post or during the writing of this post(I swear). Also, I'm not a drug dealer.

Protecting Yourself From Being Framed by Doctor Doom Using CRISPR Cas9

You are a framed Tony Stark (Iron Man), the police give you a call and tell you that they want you to come down to the police station so they can ask you a few questions, just a few. You being the tech genius you are know that they are going to want to take a DNA sample and the DNA collected from the crime scene is going to match! That's because your nemesis, alcoholism, wait... I mean, Doctor Doom, planted your DNA there. 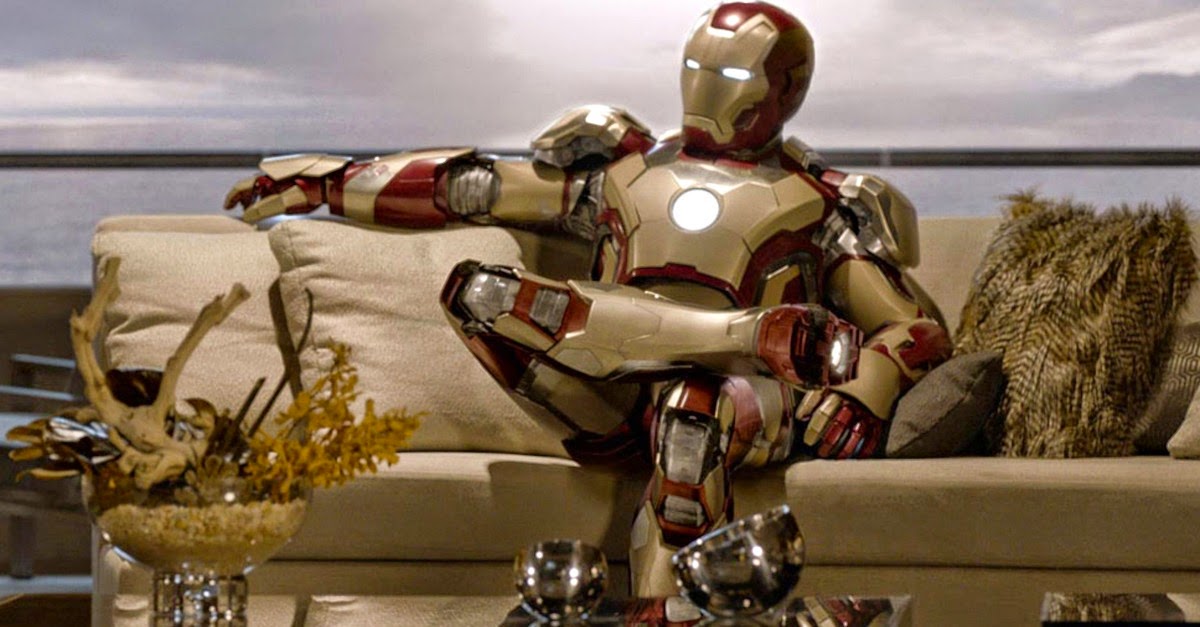 You already have a special concoction of CRISPR-Cas9 in a virus that will insert other DNA into your epithelial cheek cells through genetic engineering. Oh Snap! You specifically target the loci that are used by criminal investigators and because CRISPR-Cas9 is not making any germline changes after the cells die the effects are gone. So now at the police station when you offer them your DNA cheek swab, because you are such a cooperative citizen, the framing doesn't work out. Doctor Doom is such an amateur.

Though CRISPR-Cas9 has the chance to do many positive things I don't think many people think about all the possibilities that will occur now that everyone can have their hands on it. See, computer hackers use custom written software to hide their digital tracks and have done so for over 20 years but very little work or thought has gone into hiding our physical tracks.

Some people, like Artist Heather Dewey-Hagborg, have put some thought into obscuring DNA to protect privacy but these techniques and ideas are still limited.

Biotech and genetic engineering will be such a huge part of our future. People tend to not focus on the implications for things as simple as comic book stories. How soon till someone writes a movie or comic book where genetic engineering is not portrayed in a crazy light but in a sophisticated and complex manner that can be used for real world things?

It seems the same things occurred with computers. The first computers in movies and such were only used to run space ships or do fantastic things. Now in movies computers are used for boring things like storing all your back-ups of the videos the terrorists made for you when they captured Tony Stark. Seriously, Obidiah encrypt that shit or something.

"Organic" Molecules and Life in the Universe

I have been working on a side-project at NASA trying to create a statistical potential or chemical model that would allow one to distinguish whether a molecule was generated by biotic(living) processes or abiotic(non-living) processes. From my research I have become a somewhat amateur chemist of the universe which has significantly upped my status as a mere chemist of biotic processes(biochemist) on the Pale Blue Dot.

Did you know that amino acids are formed by abiotic processes?

I have always looked at data that meteorites contain amino acids with skepticism, as one should with all Science, especially when it is a little outside the norm or extra-ordinary.

Now that I have learned about it and thought about it, not only is the data solid, the processes make sense and it all starts with the chemical composition of the universe.

Amino acids are simple molecules composed of these elements

Now if we start to think about what molecules are abundant in the universe we find things like Carbon Monoxide(CO), Methane (CH3) Ammonia (NH3), Hydrogen Cyanide (HCN) and Formaldehyde (H2CO)!

Using mixtures of these Methane, Ammonia and Water Scientists have been able to synthesize some amino acids through applying electrical discharges.

But that's not all, reactions that create amino acids are not uncommon. The reaction of Ammonia with Formaldehyde has a name, The Mannich Reaction

The final product of the Mannich Reaction looks remarkably similar to the Amino Acid, no? It actually is Glycine!

There have been a number of studies to detect interstellar glycine, the simplest amino acid, but so far the results are inconclusive. Scientists think they might have detected it but others want suggest more robust measurements first.

So what does this say about life on Earth and perhaps elsewhere? Was the first "life" an Amino Acid World and not an RNA World? Will other life have an amino acid basis?

There is a paper which suggest that nucleobases can also be found on meteorites though the data is definitely not as robust or the chemistry as simple.