A problem I have been failing to overlook lately is the number of posers in DIY Science. 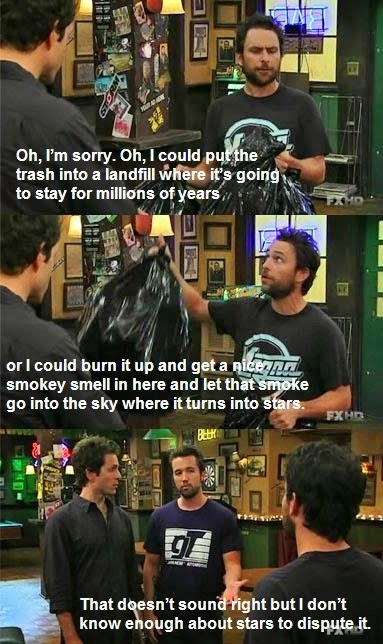 A lot of times I relate DIY science to the computer hacker movement in the 90s because I feel there are many similarities. However, one of the big difference I see is that the DIY community is a lot more accepting of posers and people that detract from the community. I can't tell if it is because people don't know better or that DIY Science attracts much more timid personalities than hacking did and so very few people call others out on their bullshit.

With hackers there was a hierarchy mostly based on skill and knowledge. To move up this hierarchy one needed to face the gauntlet of criticisms and challenges to your skill and knowledge. This was done through code output, chat and submissions to 'zines. Honestly, it sounds a lot like graduate school. I will admit that this is a harsh type of culture, to be constantly challenged but it creates a culture based alot on honesty, logic and truth.

When I first became involved with other DIY Science people, the lack of knowledge stunned me. I thought I could help by pointing out why people's ideas would not work and what knowledge gaps they needed to fill. This is what happened in the computer hacker movement and also graduate school. It seems to be a model that works well. It just requires people to be over their own egos. This received much backlash in the community, much more than I expected and I still haven't quite figured out why? I began to stop myself from calling out every person when they posted something wrong or had a really bad idea. I figured that they probably are not having that much of an effect on the community as a whole. I think this is untrue though and it just makes it more acceptable for other people to propagate bad ideas and information. I just can't be the asshole who stops them. Also, I do understand that sometimes people make mistakes. I mean I know I have had some bad ideas in my life and I still do. However, it is becoming harder and harder for me to keep quiet because there are so many people in DIY that are placed in positions of responsibility or influence and have no knowledge or skill to offer. Even sometimes in fact offering wrong information, misinformation and pseudo-science. This lack of self policing in the DIY community, I imagine, has contributed alot to its growing pains . As far as I know no significant work has yet to come out of DIY Science. As the arrogant person I am, I would cite some of my own work like The Chromochord, but this is still niche. That fact that there is no significant work is a problem.

Personally I think the main problems are education and access to resources. Despite bitching at posers I actually try to contribute by teaching classes at Biocurious and providing inexpensive Science supplies at The ODIN but it seems I don't have enough time to contribute to make a significant in a dent in these issues.

I don't know how the hacker movement harnessed such a small subculture of auto-didacts who taught themselves by reading RFCs and manuals and learned programming from books. Replication of this feat in my lifetime would be impressive.

So, how does one help DIY Science? Despite all the clamor over online courses I don't believe that they work well. From personal experience, taking the courses and attempting to learn on my own, I have never gained as much as from a real world class. In fact not even close. I feel this is because it is hard to dedicate the time and energy to an online class that one normally would to a real world class. This doesn't mean that there are not people that benefit from these classes but it doesn't bode well when an educated auto-didact doesn't prosper from online classes (though I know I am a little weird). This is besides the fact that most Science experimentation requires a hands-on component. Science is really like a sport there are things people can teach you but it also requires actual doing to become successful. To me this is why [graduate] school is so important for Science! It's like trying to teach someone creativity, you can't, it is something that people develop through experience.

So finally, how do we rid DIY Science of the posers like the computer hackers did? Maybe it  worked out because hacking started with mostly educated people who had access to computers and thus the hierarchy was born in from the beginning. Maybe for DIY Science, first, there needs to be a shift in balance where people with actual knowledge and skills are established as the majority. At the moment it seems the number of posers far outweigh everyone else and this is a huugggeee problem because the movement will not be able to grow well without knowledgeable teachers. In the end, despite what happened in the computer hacker movement, you are not the starring performer in Good Will Hunting. To change DIY Science is going to take a lot of grinding.


So PCR is one of the most simple and basic molecular biology experiments to do.

Let's try and envision what an automated PCR system would entail...

1. Every primer, template, enzyme and buffer would need to be stored and labelled in such a way that a robot could access them. This is difficult given that most of these should and need to be stored in at least -20C for long-term storage. So we need a robot accessible freezer system with each individual tube barcoded or placed in a known spot. This is extremely cost and space prohibitive. Also, creating the database of every component would take effort.

2. You need a robot that can pipette and move liquids that are not frozen so you need it outside of the freezer storage system.

4. You need someone to tell the robot what primers, DNA, enzyme, buffers and PCR protocol to use.

After you spend probably $5 million+ for this system. It would still take someone probably the same amount of time to use the program to setup the robots that it would take someone to setup 8 PCR reactions, that is, less than 5 minutes. In the long run it would probably take much much more time in maintenance and troubleshooting issues with the robot hardware and software.

For millions of dollars in investment one expects a couple orders of magnitude in time saved. This system would not even help if it is scaled up by say, doing 96 PCR reactions. If each reaction uses an individual template or primers at about 20 seconds per manual primer addition per well(everything else can be done in about 2 minutes with a multichannel pipette and mastermix) you are looking at about 32 minutes. To manual enter the names of each individual primer into a program for 96 different wells would take at best 5-10 seconds per primer. So even for 96 well plates one is only saving researchers half their time and again this doesn't include troubleshooting if say the robot has trouble removing a tube because condensation built-up and froze on the storage box. If someone used a robot everyday and saved themselves 15 minutes at the end of the year they would have saved themselves 91 hours for millions of dollars. How many hours a year are worth $5 million? The average Science researcher(grad students and post docs) probably work >2,000 hours a year and are paid around < $45k. For $5 million, one could hire ~111 people to do work for a year and there is no service contract required for people, they are pretty robust and don't break down very often.

The idea that everything can be automated is not true and especially not true for Science and probably will not be for a long time. There are very niche uses for automation robots in Science but these are very unique circumstances and not an everyday type of thing.

People who think lab automation is the Future of Science have not spent much time in a lab.In fact I have yet to meet someone who has spent alot of time in a lab who believes automation will help Science. I am sure there are people out there but it is definitely a minority.

So what does Science need then?

Science really needs Remote Access and Remote Control. Say on my way to work in the morning I figure I need turn on a couple of incubators or change the temperature in some because I had a culture expressing proteins. Maybe I wanted to equilibrate my H(F)PLC column? What if I could do this from my cell phone? The thing that needs to be optimized in Science is not the "work time" it is the "down time". When I need to wait 30 minutes for my H(F)PLC column to equilibrate and cannot use it or when I need to wait for a centrifuge to cool down or an incubator to heat up or many of the other things. This is where time is wasted. Transferring data files between computers or restarting a experiment on a piece of hardware remotely this would drastically help Scientific productivity.

Networking labs and providing things like remote access costs a fraction of automation. We are talking in the $10ks to $100ks per lab.

I really tried to have this instituted at our NMR facility at UChicago because I had to head down to the NMR room, about a 5 minute walk, anytime I wanted to start an experiment or access data, a computer not connected to the outside internet was the interface to the Spectrometer. I would have saved myself hours of down time because I could have spent 5 minutes using remote access to start another experiment from home or restart an experiment with a different parameter, time wasted because I wasn't on campus or was far enough away that it impeded me going to the NMR room at the moment.

Labs are for sure still stuck in the 1970s but not in an automation sort of way, in an access sort of way.

It's 2015, I work at NASA(we are supposed to be high tech(yeah right I know NASA is still stuck in the 1970s)) and I can't even access the computer that was purchased brand new last year that is in the other room without walking there and sitting at the console. That is a problem...

I even started to work on this problem a little bit by making Arduinos controllable through a webpage so they could switch relays or run equipment (http://doitourselfscience.blogspot.com/2014/03/sending-and-receiving-data-from-arduino.html). After the basic setup though I figured I would rather spend time doing research then building such as system. Foo on me.