Stochastic Labs and The Infinity Engine

I haven't talked much about The Infinity Engine or my residency and grant from Stochastic Labs. In July of 2014 I heard about this mysterious organization known as "Stochastic Labs" that had no website or information about what it was there was just a form to fill out for a grant for ~$20,000. I posted my application on my blog (http://doitourselfscience.blogspot.com/2014/07/stochastic-labs-application.html). They contacted and said that they wanted to fund me, but not me alone, they wanted me to work with someone else and they had this person in mind and her name was Lynn Hershman the director of Strange Culture. Lynn was interested in doing some works around genetic engineering and so was I. I was pretty skeptical at first because I didn't think someone who works in media would have a good idea of how to work on Science projects but I agreed anyway, I mean they were giving me $10k.

I found out Stochastic Labs was in a mansion in Berkeley and it is a nice mansion. Stochastic Labs is funded by The Minerva Foundation. The residency started on August 15th and ended on October 15th. It was short but it was pretty intense. We had dinners there every Monday and gatherings on random days. Alot of cool and interesting people were invited to the Monday dinners. The funny part was I never knew who they were. I would be talking to someone and find out they were an Actor or a Nobel Prize winner or director of a movie I saw.

I would head up to Berkeley after work at NASA and would stay till traffic abated or I ran out of Red Bull around 9 or 10PM and give fellow grantee Greg Leppert a ride home.

Anyways, I had lots of fun up there and worked hard to create a program or "device" I guess which takes a picture of someone and attempts to probabilistically reverse engineer their genome from their physical traits. It also talks to you and tells you what it is doing and what it found. The current iteration is pretty basic it uses facial features to identify ancestry, sex, skin color, eye color, hair color, &c. and maps those to the genes that have been identified to be associated with those traits. Eventually I want it to construct pseudo genomes using an ancestry base genome and editing in traits it identifies from each person it captures.

This will be part of an installation that will be on display starting at ZKM in Karlsruhe Germany on Dec. 12th to the end of March and then will visit other places in the world. 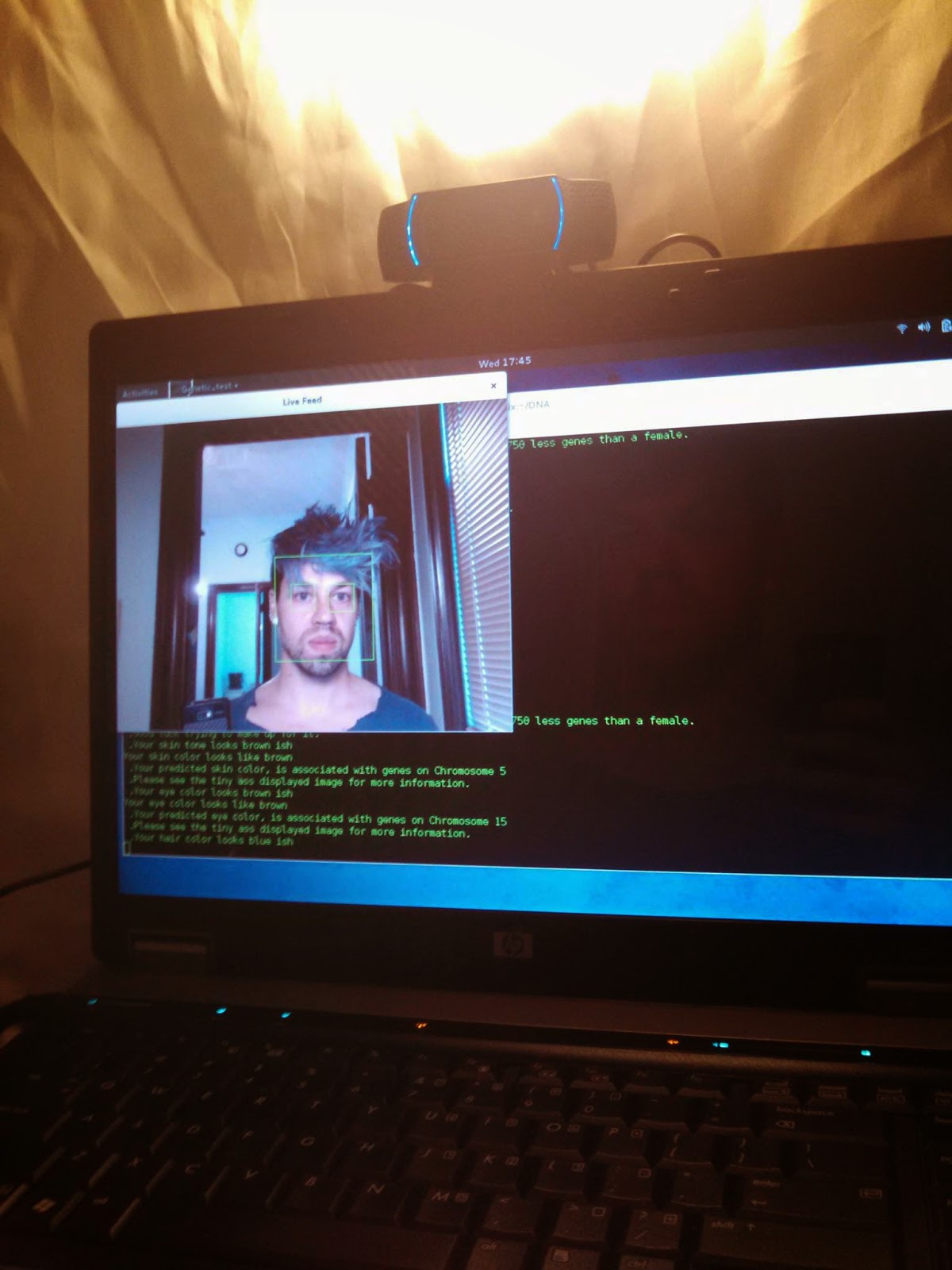