Why We Shouldn't Be Forced To Wear Masks 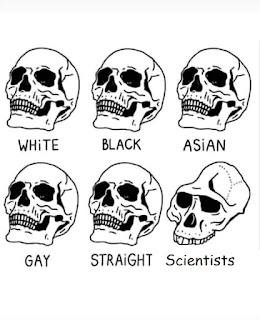 It has become glaringly obvious in the past few months that science has let us down. I don’t blame them. The situation the world is in is complicated because we don’t have enough information on what we should do and how we should act. We look to our “experts” for help but generally they are probably only slightly more insightful than yourself.

In Oakland, CA where I live there is a mandatory order to wear masks when in public. This is despite as recently as March 31, 2020 the World Health Organization(WHO) has suggested people not wear masks to help prevent the spread of coronavirus. On April 6th, 2020 they released interim guidance suggesting that people in the community should wear masks, though they are not effective alone. The CDC suggests we should wear masks or rather cloth face coverings and save masks for medical professionals. So what gives? Should we or should we not wear masks?

There have been a number of scientific studies in a number of different live settings that have shown that face masks alone don’t reduce influenza like illness spread in a statistically significant way. A meta study of 15 of these studies also agrees. However, a recent study done in a lab environment disagrees. When there is conflicting information from scientific papers and organizations how do we decide who is correct and who is incorrect?

This is one of the major problems with science today, science is never wrong. You can almost always find a paper that agrees with the point you are trying to make. Glyphosate is a probable carcinogen according to the International Agency for Research on Cancer (IARC) but according to the WHO and European Union it isn’t. Do you believe the WHO over the IARC? Why? Because one seems more reputable? So the one with the best reputation wins? Is that what science comes down to for you?
Who do we believe and who do we trust?

This happens often in science, conflicting information. None of the studies are technically wrong and so it is up to the bias of the reviewer/interpreter/observer to determine what evidence they want to agree with. If we even have evidence enough to disagree.

Models and data analysis are an interpretation of data that is guided by a human. We are left with a simple choice: either believe it was modeled correctly or don’t. How can you say it wasn’t modelled correctly if you don’t even have information on how it was modeled?

In March, The Imperial College in London released a report that said up to 2.2 million people in the US might die from the coronavirus. The CDC ran models that suggested anywhere from 200,000 to 1.7 million might die. These numbers caused mass hysteria and the lockdown of most states. Despite the fact that 200,000-2.2 million is almost about as big a range as you can get in this prediction. Fortunately, we will most likely underperform and have nearer to 100,000 deaths or less in the US(the current number of coronavirus related deaths on April 24 stands at 51,000 with over 26,000 from New York and New Jersey alone, who may either be overcounting or undercounting depending on who you ask). It is unknown whether any of the models took into account preventative measures and I imagine the lockdown has decreased the number of coronavirus related deaths but by how many? In this scenario could the models ever be wrong? If all the deaths stopped after 4,000, like in China, would there be anyone who would say these models were wrong or would they instead point to preventative measures that helped save us from the predictions of the models?

The models can never be wrong. This makes it so the science can never be wrong. I have seen it time and time again. Where scientists _decide_ some scientific publication is wrong and look at it under the most intense scrutiny that they fail to give similarly to papers that support their argument and a _consensus_ is reached. Do we have great evidence that covid-19 is causing a really high death rate? Not really. Testing has been extremely underdone or needs to be tripled to reopen according to the NYT. Why then are scientists trying so hard to dismiss studies that suggest the number of infected people is much higher than by what testing so far in the US has been done? They really don’t know if these studies are incorrect as evidence for a high death rate is based on an extreme lack of testing. Still, they have decided a low death rate is incorrect and so that is what we are to believe.

The powers that be from on high have decided that this science is correct and this science is incorrect. The problem is that there is no empirical way to decide whether one piece of science is more correct than a piece that disagrees. It requires humans to judge and humans are fallible and prone to bias. Here is where modern science breaks down. It is more about social and political posturing to achieve the most number of people to support your argument than it is of empiricism. If you disagree with the consensus you are automatically wrong. I mean, consensuses have never been wrong before amirite(see sarcasm).

If you still operate under the idea that science delivers us truth and facts I beg you to reconsider your position and understand that beneath the peer review, the data collection, the choice to publish what experiments and what to leave out, is a whole pool of bias and misinformation. Scientists are just as biased as everyone else, maybe more so, because they have their reputation on the line. But we put them up in the heavens and pretend that they are presenting the truth to the rest of us. When they have no more access to the truth than anyone else.


Science might be doing us more harm than good but it depends on who you ask.
on April 25, 2020